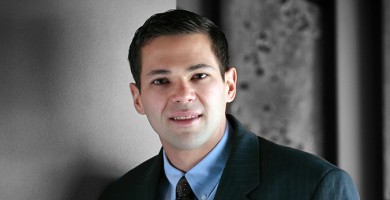 Allen & Gooch was recently successful in defending the employer’s right to choose the pharmacy where a workers’ compensation claimant must fill prescriptions. The Louisiana Supreme Court recently ruled in Soileau v. Wal-Mart Stores, Inc., 19-0040 (La. 6/26/19), __ So.3d __, 2019 WL 2750869, that the claimant’s motion seeking a hearing as to whether she should be forced to obtain medications from her employer’s pharmacy was premature as she was unable to show a controversy or that she had been prejudiced in any way. The Louisiana Supreme Court recently denied a rehearing on the case, so the matter is officially closed.

The claimant in Soileau argued that Walmart should not be allowed its right to choose its own pharmacy since this created a “conflict of interest.” However, Allen & Gooch showed the Court that the claimant was getting all of her prescriptions filled and that no decision was being made by the pharmacy regarding which prescriptions should be approved or denied.

In workers’ compensation, a claimant’s recovery regarding pharmacies is generally limited to whether he or she experiences any delays, deficiencies, or other issues in filling her prescriptions though the employer’s choice of pharmacy—none of which were present in the Soileau matter. Because no prejudice was shown by Soileau at the time of the hearing before the Louisiana Supreme Court, the Court held that the case was premature for want of a justiciable controversy.

This is a continuation of the Louisiana Supreme Court case of Burgess v. Sewerage & Water Board of New Orleans, 16-2267 (La. 06/29/2017), 225 So. 3d 1020, wherein the Court ruled that the employer has the right to choice of pharmacy in workers’ compensation cases. We foresee more fights in the future from the plaintiff’s bar, as they will try to limit this right given to employers by the Louisiana Supreme Court. Allen & Gooch will continue fighting for employers’ rights in all arenas, including the workers’ compensation arena.