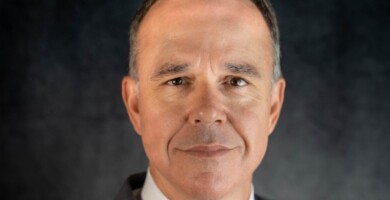 By Troy A. Broussard Partner, Lafayette

The verbiage in your enrollment contracts can play a critical role in resolving potential disputes with disgruntled parents before they occur. The most important functions of a “bulletproof” enrollment contract are the discouragement of defaults on the obligation to pay tuition and fees and the deterrence of litigation in the event of a dispute relating to the child’s enrollment.
It is never too early to examine your contract for the next school year to determine whether it includes crucial language that will help to insulate your school from legal risks and exposure that can be easily avoided by a strategically formulated enrollment contract.
An enrollment contract should include language that requires parents to give written notice of any alleged breach of contract on the part of the school and give the school a reasonable period of time to rectify the alleged breach. It is also recommended that the contract include language which waives the parents’ right to claim “damages” (e.g., mental anguish, emotional distress, pain and suffering, etc.) for breach of contract and to limit their remedy to “specific performance” and/or injunctive relief. This type of clause has the effect of making “breach of contract” lawsuits against the school very unprofitable and therefore very unlikely for parents to pursue.
Note: A damages waiver is enforceable only in the context of a “breach of contract” claim. If the parents bring a claim in tort (e.g., arising out of an injury to a child occurring as the result of inadequate supervision), the waiver is inapplicable.

A very common dispute between schools and parents relates to the payment of tuition and fees when a child does not complete the school year. In reviewing your enrollment contract, a good question to ask is: does my enrollment contract obligate the parents to pay full tuition (or a percentage of the remaining tuition) in the event that the child is voluntarily withdrawn or expelled from school for misconduct?
An enrollment contract that obligates the parents to pay full tuition and fees (or any percentage thereof) regardless of whether the child completes (or even starts) the school year is binding and enforceable. These clauses not only help the school to maintain more predictable financial budgeting, but also serves to benefit the child by discouraging impulsive decisions by parents who may be considering withdrawing their child before the end of the school year.

As previously discussed in Part I of this series, the benefit of a bulletproof enrollment contract is the discouragement of defaults on the obligation to pay tuition and fees and the deterrence of litigation in the event of a dispute relating to the child’s enrollment. In addition to a breach of contract waiver, it is helpful to include a clause entitling the school to recover “collection costs” in the event that outside resources are used to collect a debt. As such, if an attorney is retained to assist with the debt collection, the parents become responsible for not only the unpaid tuition and fees, but also reasonable legal expenses (and, if applicable, court costs) incurred in the collection of the debt. This clause serves as huge disincentive for parents to default on their tuition/fees debt.

The enrollment contract should stipulate that if suit is filed relating to the child’s enrollment or on any issue pertaining to or arising out of the enrollment contract, it must be filed in a certain parish (typically the parish in which the school is located). This prevents a parent who resides in a different parish from engaging in “forum shopping” in the event of a lawsuit.

Schools that accept boarding students and/or exchange students, or that otherwise contract with parents who live outside of the State of Louisiana, should also include a “choice of law” provision which requires that any legal disputes relating to the child’s enrollment will be adjudicated pursuant to Louisiana law. For example, if the parents reside in a state that allows for the recovery of punitive damages (damages designed to punish a defendant for gross misconduct), the school clearly would want to avoid having the dispute resolved under that state’s laws.