CALCULATING THE AVERAGE WEEKLY WAGE OF AN HOURLY EMPLOYEE 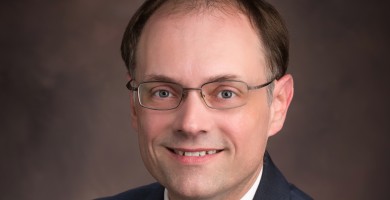 By Patrick A. Johnson Partner, Lafayette

Calculating the proper Average Weekly Wage (AWW) is a critical part of any compensation claim. When miscalculating the AWW can give rise to an underpayment of indemnity, inevitably leading to a penalty claim, you only have one chance to get the calculation perfect. You will have the protections of the 1002 process available to you, if you satisfy all the various requirements, but it is still best if you learn how to calculate AWW correctly to avoid the need to rely on the 1002 process.

Rather than rely upon a restatement of the law to show how it applies to the individual facts of your claim, we are going to look at the facts and then determine what law applies. This is more in keeping with how you, as the adjuster, will first encounter the issue. So, let us look at the case of Mr. Norville Rogers. As a way of simplifying these calculations, Mr. Rogers will earn $10.00 per hour in each scenario below, and his position is an hourly employee. Naturally, you will have to obtain this hourly wage information on the employee at the time of your initial contact with the employer to perform these calculations correctly.

Mr. Rogers was hired on an hourly basis for a full-time position, and in the four full weeks prior to his accident, the average of his gross earnings during that time amounted to $430.00 per week. However, you still have to compare this to the calculated minimum weekly wage for a full-time employee by applying the “40 hour presumption.” If you multiply 40 hours by his $10.00 hourly wage, you arrive at $400.00 per week. With $430.00 being higher than $400.00, Mr. Rogers’ Average Weekly Wage is $430.00. In full-time calculations, you will use the higher of the two numbers. LSA-R.S. 23:1021(13)(a)(i) specifically states that you must use the average of the gross earnings or the wage from the 40 hour job, whichever calculation “…is greater.” Now let’s change things around.

Mr. Rogers was hired on an hourly basis for a full-time position, but he rarely worked 40 hours in the weeks before his accident. In this scenario, the reason he did not work 40 hours was simply due to the availability of hours. The average of the gross earnings during the four full weeks prior to his accident only amounts to $370.00 per week. Again, you have to compare this number to that calculated by applying the benefit of the “40-hour presumption.” If you multiply 40 hours by his $10.00 hourly wage, you arrive at $400.00 per week. Since the $400.00 Average Weekly Wage – even though he never actually worked a 40-hour week – is greater than the $380.00 per week that he actually worked, Mr. Jones’ Average Weekly Wage for the purposes of payment of indemnity is $400.00. Again, you must you use the “…greater.” Things now get a little murkier.

Mr. Rogers was hired for a full-time position, but you notice that in the four full weeks prior to the accident, he only averaged 30 hours a week, and your calculation of his actual wages amounts to a mere $300.00 a week. But, you now have to obtain an additional fact from the employer. Under LSA-R.S. 23:1021(13)(a)(ii), if the employee is hired on an hourly basis and is offered 40 hours a week or more, and the employee chooses “…at his own discretion” to work less than 40 hours per week, then his Average Weekly Wage is the average of his gross earnings in the four full weeks prior to the accident. Under this provision of the law, the “40 hour presumption” is not used automatically. Before deciding whether you need to use the presumption, you will have to investigate whether Mr. Rogers not working a full 40 hour week was at his discretion or whether it was simply the unavailability of hours. You should approach the employer and ask why Mr. Rogers only worked an average of 30 hours per week leading up to his accident. If the employer says that work was slow, that the job rarely provides a full 40 hours, or any reason that is not dependent upon Mr. Rogers choosing to work less hours, then you are in the second situation addressed above, and you will have to apply LSA-R.S. 23:1021(13)(a)(i) and use the “40-hour presumption” to grant Mr. Rogers a $400.00 Average Weekly Wage.

However, what do you do if the employer says that Mr. Rogers chose to work less hours? The first thing that you should do is to assume that Mr. Rogers will claim the exact opposite. Simply as a best practice, you should recognize that the employee will almost always claim that it was their intention to work a full 40 hours, but 40 hours was never made available to him. This question should be put to Mr. Rogers in your initial contact with him or raised in a subsequent communication. The law will require that you initiate contact and discuss the issue with Mr. Rogers before automatically going with the employer’s position. If your employer continues to hold that Mr. Rogers chose to work less hours, and that more hours were available, then this becomes a matter that is going to have to be resolved at trial with the judge in deciding who is the more credible and by the weight of the evidence presented. But, in the unlikely event that Mr. Rogers tells you that he chose to work less hours, then his Average Weekly Wage would be based upon his actual earnings. If there is a disagreement between Mr. Rogers and his employer, the safer option would be to go with the calculation that favors Mr. Rogers, while continuing to investigate the matter. This vastly reduces your risk of an underpayment of indemnity penalty, and nothing prevents you from reducing the Average Weekly Wage and taking a credit for the overpayment later, if the weight of the evidence supports that Mr. Rogers chose to work less hours at his own discretion. As a practical matter, courts will tend to give the employee the benefit of the doubt that he would have worked more hours, had they been available to him, likely putting you in a penalty situation, if you paid his benefits off of his actual earnings. Many of these cases that ruled in favor of the employee are based upon the fact that the employer likely did not appear and testify in support of its position. If you are going to take the position that the employee chose to work less – at their own discretion – you will need to establish early on that you can identify an individual(s) who will testify in support of your position at trial.

This situation does not have a solid answer for each scenario, but the problem really only appears when examining the payment of Supplemental Earnings Benefits for some scenarios. While this will be addressed later, for all these scenarios we will assume that there is a proper part-time acknowledgment.

At the time of the accident, Mr. Rogers was working for your employer as a part-time employee. He worked exactly 20 hours a week, earning $200.00 a week. He then worked a separate 40 hour a week position at $20.00 an hour. First, the law requires that benefits are to be paid by the employer, where the injury occurred under LSA-R.S. 23:1021(13)(a)(iv)(aa). Unusually, for Louisiana law, where the word “greater” is used way too often, LSA-R.S. 23:1021(13)(a)(iv)(bb) actually provides that we rely upon the “lesser” result of the two calculation methods. The law requires that you take the hourly wage at the job in which the employee was injured and multiply it by 40 hours or use the combined actual average earnings in the four full weeks prior to the accident, “…whichever is less.” Here, Mr. Roger’s Average Weekly Wage would be $400.00 ($10.00 x 40 hours), even though he routinely earned $1,000.00 ($200.00 + $800.00) at his two jobs prior to the accident, owing to the statute’s use of “…whichever is less.” You may want to explain how this law works to your claimants, before they seek legal representation to explain this “unfair” rule.

The same rule would apply to the calculation of the Average Weekly Wage had Mr. Rogers been hurt at the full-time job while also working part-time position. The same could be said for situation in which he worked two or more full-time positions. However, here is where we start to see the problems arise – the greater the disparity between the statutory calculation method and the resultant wage loss as measured between the pre-accident average monthly wage and a post-accident average monthly wage-earning capacity, the greater the likelihood that the claimant’s attorney will argue against usage of the statutory calculation method when determining Supplemental Earnings Benefits. For example, if the employer at which Mr. Rogers was working at the time of his accident offers him a position that would allow him to earn $400.00 per week, has the employer supported a sufficient post-accident wage earning capacity – as measured against the $400.00 AWW – so as not to owe Mr. Rogers any Supplemental Earnings Benefits? Applying the strict wording of the law would suggest that the employer has satisfied its obligation, but it is unlikely that this will be accepted by Mr. Rogers or his attorney, when he would still have a post-accident wage loss of $600.00 per week, if he is unable to return to his previous full-time position. Think about a situation where your employer was the full-time employer and Mr. Rogers regularly worked overtime. Is that benefit lost when only using a 40 hour per week calculation method? What if Mr. Rogers is able to return to his second job, but he is unable to return to work with your employer?  Questions such as these tend to arise quite regularly.

Courts have historically had a difficult time with this situation, and there are multiple ways in which the courts have handled it without any real consistency. Some courts hold to the strict application of the statutory calculation method despite what may seem to the claimant to be an unfair law. Other courts have found that the application of the law to the payment of Supplemental Earnings Benefits is unfair, and they have ruled that the only equitable solution is to use the combined wages from both jobs when calculating the payment of Supplemental Earnings Benefits. Until the issue becomes more settled in the law, the risk will always be present that your court may rule in a manner not to your liking.  If it appears that you are going to encounter this situation in time, it is best that you discuss, in advance of any decision, the matter with one of our attorneys, and we can provide you the current state of the law in your particular venue.