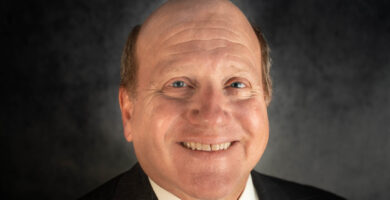 The Louisiana Direct Action Statute, La. Rev. Stat. 22:1269, generally allows Plaintiffs to sue its insurance company and another’s insurance company directly when the policy is written or delivered upon in Louisiana, or when the accident occurs in Louisiana. The Plaintiff must name both the insured and the insurer; however, when certain circumstances exist, the action can proceed against the insurer alone. The insurer alone can be subject to suit if any of the following are true:

Recently, as part of an effort to effect tort reform and lower Louisiana insurance rates, the legislature passed HB 57, now Act 37, which will become effective on January 1, 2021. Once effective, there will be interesting relationship between Act 37 and the Direct Action Statute.

Under the Act, the existence of insurance coverage shall not be communicated to a jury unless:

Accordingly, the existence of insurance coverage should not be communicated when both the insurer and insured are sued under the Direct Action Statute; however, if the insured is bankrupt, insolvent, deceased, incapable of being served, or if any of the other exceptions apply that allow an action to proceed solely against the insurer, then the existence of coverage may be communicated. However, the Act requires the Court to still read instructions in all cases brought against an insurer under the Direct Action Statute (and La. Rev. Stat. 22:1973) at the opening and closing of the trial that informs there is insurance coverage in place for the damages claimed by the Plaintiff.

In addition to the aforementioned changes, the new Act also lowers the threshold for a jury trial to ten thousand dollars, exclusive of interest and costs, and further provides new rules applicable to the recovery of medical bills and expenses.

Over the next year or two, the implications of the Act for insurance and accident litigation will become more apparent. It is clear at the present time that there is some tension between naming an insurer as a party under the Direct Action Statute, which is permissible under that body of law, and the provisions of the Act that are written to limit sharing information about an insurer and insurance coverage with the jury. It remains to be seen how this tension will be resolved. It remains to be seen how this apparent contradiction will be handled. Regardless, it is apparent that trials for claims arising in 2021 and beyond will look different than what we currently see.