The Independent Medical Examination – Can It Be Used to Address Causation? 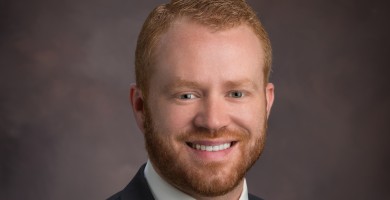 Under the Louisiana Workers’ Compensation Act, both the employee and the employer have a right to choose their own physicians. While the employee has a right to an initial choice of treating physician, the employer has the right to choose its own physician in order to examine the employee and render a Second Medical Opinion (SMO) on various issues. Whenever a dispute arises between these two physicians, the Act provides a “tie-breaker” system, known as an Independent Medical Examination (IME), selected by the Court or the Office of Workers’ Compensation Administration’s Medical Services. The procedures for an IME are codified under two distinct statutes in the Act.

Louisiana Revised Statute 23:1123 states, in pertinent part, that if “any dispute arises as to the condition of the employee, or the employee’s capacity to work, the assistant secretary, upon application of any party, shall order an additional medical opinion regarding an examination of the employee to be made by a medical practitioner selected and appointed by the assistant secretary.” Under LSA-R.S. 23:1123, only the employee’s condition or work status can be reviewed by the IME physician. While the statute was amended removing language which allowed for a Workers’ Compensation Judge to order an IME, the Courts have ruled that the Judge still retains the authority to order an IME under LSA-R.S. 23:1123 whenever the employee’s condition or work status are called into question. Edwards v. Plant Works, 13-1112 (La. App. 3 Cir. 8/6/14), 145 So.3d 1108, writ denied, 14-1776 (La. 11/14/14), 152 So.3d 881.

Summarizing, under LSA-R.S. 23:1123, the law states that either the Medical Director or the Court can order an IME whenever the employee’s condition or work status are in dispute between the treating physician and the SMO physician. However, with regard to disputes on other issues, like causation, the Act provides for an alternative solution.

Louisiana Revised Statute 23:1124.1 states, in pertinent part, that “the workers’ compensation judge, on his own motion, may order that any claimant appearing before it be examined by other physicians.” This statute grants the Judge with the authority to order an employee to submit to an IME even if there is no dispute between the treating physician and SMO physician, and there is no limiting language in the statute, which makes it available to a Judge for any reason he or she deems necessary. See Dietz v. Lowe’s Home Centers, Inc., 14-401 (La. App. 3 Cir. 11/5/14), 151 So.3d 990, writ denied, 15-0130 (La. 4/10/15), 163 So.3d 812. Because there is no limiting language in this statute, it can be used in an effort to prove that the employee is unable to prove causation between his complaints and the workplace accident.

Recently, plaintiffs’ attorneys have made the argument that LSA-R.S. 23:1124.1 cannot be used as a vehicle by a party to obtain an IME because the language states that the Judge may use it “on his own motion.” However, by presenting the Judge with evidence at a hearing as to certain issues that will come up at trial on the merits, we are, in essence, allowing the Judge to make up his or her mind as to whether he or she feels that an IME is appropriate. This is why LSA-R.S. 23:1124.1 exists – to provide the Judge with a procedure vehicle to review the medical record and decide whether an additional medical opinion is necessary for him and her to have sufficient evidence at trial. If a Judge is to make a valid ruling on the issue of causation, an IME physician should be available to review the causal connection between the employee’s complaints and the workplace accident and then give medical testimony on that issue.

It is our belief that the plaintiff’s bar is attempting to shield LSA-R.S. 23:1124.1 away from employers in an effort to take away the possibility of an IME’s opinion on causation. Unfortunately, we have recently seen some judges buy into this mindset and state that an IME cannot be used to address causation because it is a legal opinion outside of the condition and work status of the employee. However, a clear reading of the statute and prior case law shows that there is no limiting language as to the reasons for the IME. Elementary statutory analysis undoubtedly shows that the intent of the statute was not meant to be used like LSA-R.S. 23:1123, as 1123 clearly has limiting language (condition and work status) while 1124.1 does not.

In an effort to ensure that a valid causation argument will be available in the future, Allen & Gooch attorneys are currently making efforts to clear up the law and validate the fact that causation can be addressed by an IME physician if that issue will be an issue at trial.