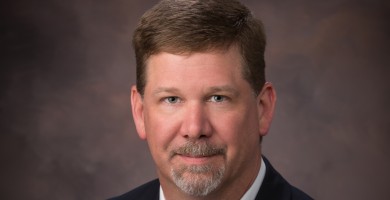 In Martinez v. Offshore Specialty Fabricators, Inc., 481 Fed. Appx. 942 (5th Cir. 2012), the U.S. Fifth Circuit Court of Appeals addressed the proper standard for calculating damages for lost future earnings under maritime law.  The plaintiff, Ramiro Martinez, was a seaman injured in May 2008 while working as a mechanic aboard a derrick barge.  Martinez sued his employer asserting Jones Act and general maritime law claims, including loss of future earnings.  The evidence at trial was that plaintiff earned approximately $48,000 in the year before his injury, although his income for the five years preceding the accident averaged only $5,673.60 per annum.

The employer was held liable at trial and the district court used $48,315 as the annual income base to calculate Martinez’s lost wages.  On appeal, the Fifth Circuit rejected the employer’s argument that the average of the seaman’s wages over his entire work history, or some other period, should form the basis of the wage rate, reasoning that its approach most closely resembled the principles set forth in Culver v. Slater Boat Co., 722 F.2d 114, 120 (5th Cir. 1983)(en banc).

Lost Future Wages Based on Earnings at Time of Injury

In Culver, the Fifth Circuit established that “[c]alculation of lost income begins with the gross earnings of the injured party at the time of the injury . . . .”   The court went on to detail the steps of the proper calculation: (1) estimating the loss of work life resulting from the injury or death, (2) calculating the lost income stream, (3) computing the total damage, and (4) discounting that amount to its present value.

In conclusion, Martinez does not signal a change in the law.  It merely reminds us to use gross earnings at time of injury to calculate loss of future earning capacity, as opposed to some average of the injury year and prior years.  With this recent decision reinvigorating the debate, it will be interesting to watch how the facts and arguments play out in individual cases, particularly where the earnings from the year of injury are substantially lower than prior years.