Think Twice Before Giving a Power of Attorney: It May Be Broader Than You Realize 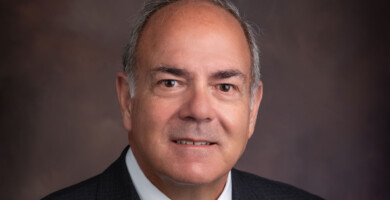 Where Personal Guaranties and Power of Attorney Intersect

In Gulf Coast Bank and Trust Co. v. Montoli & Pitre, LLC, ___ So.3d ___, 2014 WL 970155 (La. App. 5 Cir. 3/12/14), the principal and agent (a married couple) were members of Montoli & Pitre, LLC (“Borrower”), and in connection with a closing in which the Borrower obtained a loan from Gulf Coast Bank and Trust Co. (“Lender”), the husband signed a personal guaranty in his wife’s name via a power of attorney.  The wife later claimed the power of attorney merely gave her husband authority to act as her agent in her capacity as a member of the Borrower and not authority to bind her as a guarantor.

The power of attorney gave her husband authority to: act for her regarding this loan with this Lender, execute all documents necessary to consummate the loan, incorporate in said documents whatever terms and conditions he deemed necessary and proper in his sole discretion and do all things she could have done if she were personally present and acting on her own behalf.  The power of attorney did not contain language limiting its effect as to any actions on her behalf as a member of the Borrower.  Thus, the court upheld the guaranty under La. C.C. Arts. 2989, et seq., and La. C.C. Art. 3038, as it  was an express grant of authority in writing two days before the closing giving the agent authority to act on the principal’s behalf in connection with a loan from this Lender.  The court further noted that under La. C.C. Art. 3021, the guaranty would still be enforceable because of the husband’s apparent authority based on the particular wording of the power of attorney.  The court distinguished this situation from a general power of attorney not mentioning suretyship and not executed close in time to the particular transaction.

When it comes to business transactions, our strength at Allen & Gooch is our ability to tackle high-profile, high-stakes deals successfully. While we are...